The Current State of Afrikaans and its Translation 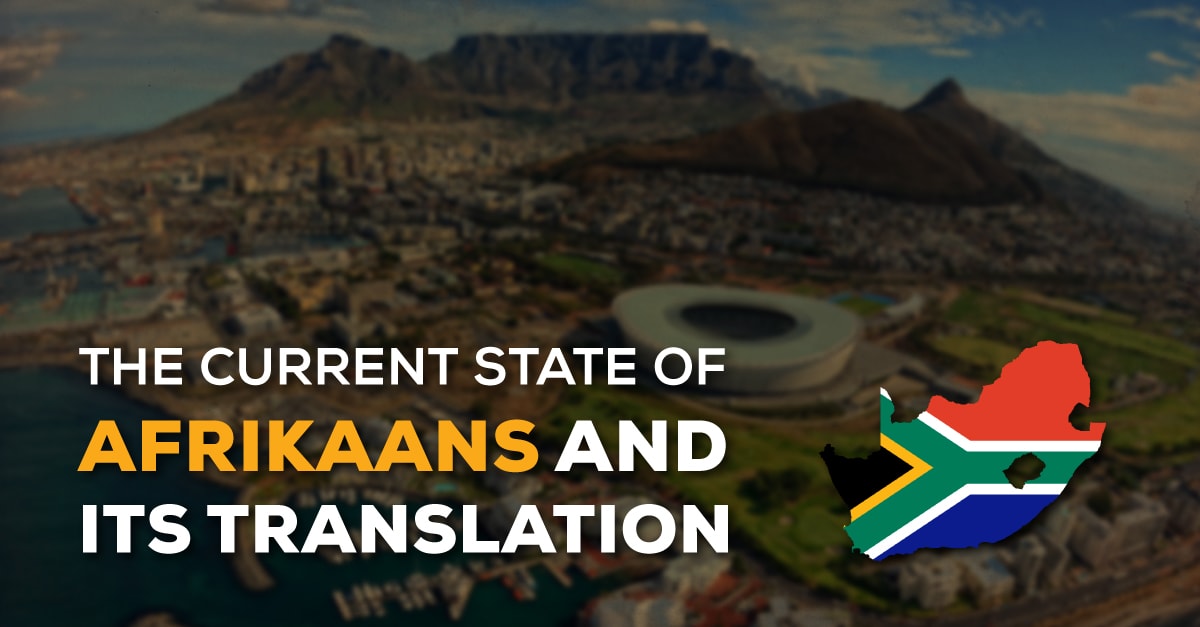 The theory of evolution asserts that language developed when early hominids started living in groups. Millions of years later, various types of languages have sprung up while others have withered away against harsh conditions. Languages are spoken among individuals living in a particular region. The Afrikaans language is one such language that has enabled immigrants in the southern parts of Africa to communicate. It borrows a great deal from the Dutch language. Therefore, an Afrikaans translation exercise supported by a solid grasp of Dutch will likely be a huge success.

Native speakers of the language reside in South Africa, Namibia, Botswana and Zimbabwe. All these countries are found in the southern region in Africa. This modified form of Dutch is of the Indo-European family, Germanic group and West Germanic sub group. Though

not particularly eclectic, it also drew influences from other settlers from Malaya, Indonesia, Madagascar and the western side of the African continent. However, the language is primarily Dutch. ‘Afrikaans’ in Dutch means ‘African’. Dutch speakers can therefore try their luck in translating Afrikaans. There are certain subtle differences however that need to be ironed out before one can attempt to translate Afrikaans.

One major milestone in the establishment of the Afrikaans language in the southern Africa region was the translation of the entire Bible into Afrikaans. Prior to this, the Christian faithful had to rely on the Dutch version of the Bible in their worship. The Afrikaans translation of the Bible made the roots of the language grow deeper. Efforts to establish it as the official language of instruction in schools met violent resistance by the local people and ceased. Nevertheless, it has stood the test of time and is now one of the official languages of South Africa. Approximately 13 percent of the population speaks Afrikaans conversationally, i.e. a pool of speakers to immerse yourself in while working as a translator.

Since it is largely influenced by Dutch, Afrikaans translation experts are also familiar with this language as well. There are still many differences between the two languages, however. The Afrikaans language does not have grammatical gender distinction, where Dutch does. Afrikaans is also known for its simplicity: its adjectives, for instance, are emphasized quite often even if they have no place in the message the speaker is trying to convey. Unlike the English language, the Afrikaans language allows the use of double negatives. This makes translating Afrikaans intriguing to the intellectual translator.